Pickleball is considered a paddle sport that is a combination of tennis, badminton, and table tennis. This sport is played by two or four players in which they use a solid paddle to hit a perforated polymer ball.

Pickleball is fun for all ages, and levels. So why not pick up that paddle, have some fun, and give it a try today!! 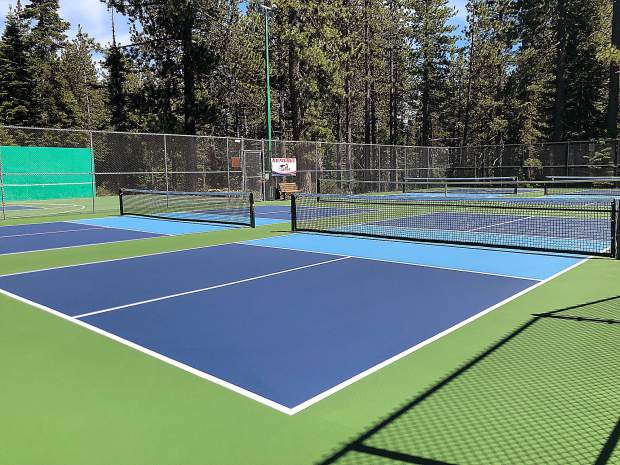 Please feel free to reach out to us if you have any questions about Pickleball, Events, and Private Lessons.